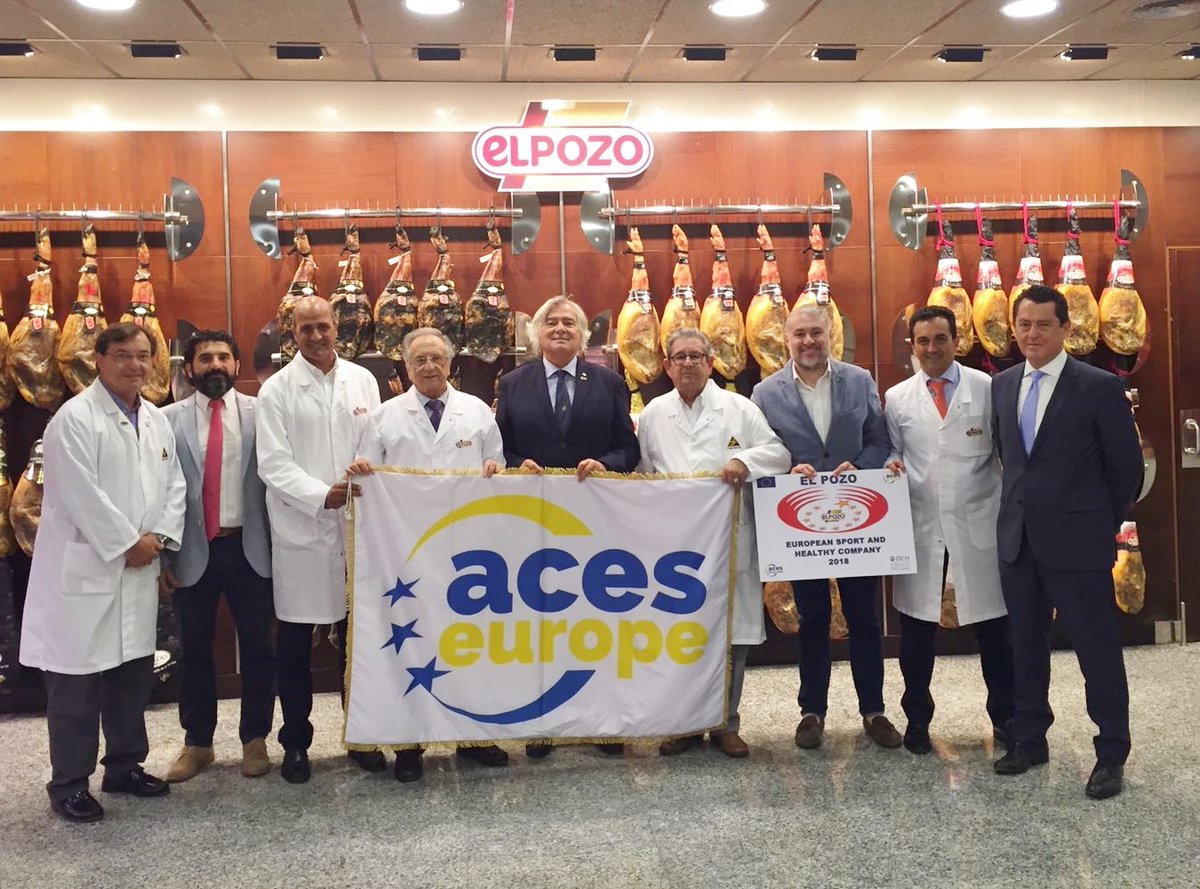 ElPozo Alimentación has been declared ‘European Sport and Healthy Company 2018’, an award promoted by the European Parliament that publicly recognizes the commitment of the company for the promotion of health and sport between its more than 4,000 workers.
It is the first food company in Europe to receive this distinction, led by ACES Europe and the International Organization of Human Capital Directors DCH, company sources said in a statement.
ElPozo Alimentación presented its candidacy and defended a demanding project before an Evaluation Commission, headed by the president of ACES Europe, Gian Francesco Lupatelli.
The committee carried out an audit at the company’s headquarters in Alhama de Murcia and especially valued the 5,000 square meters of sports facilities available for the exclusive use of its staff and a wide range of services ranging from gymnasium, paddle courts and tennis courts, and a covered pavilion, designed for the practice of futsal and other sports such as table tennis. The company has invested in these facilities 170,000 euros in the last two years.
The company’s commitment to sport is not only reflected internally, but also “is a main axis of its CSR policy, sponsored by the Spanish Paralympic Team, the Tour of Spain, the Race of Women or the El Pozo Murcia Fútbol Sala team, among others, “as the company points out.
The title also recognizes ElPozo Alimentación’s commitment to promoting health within the work environment, through initiatives such as the School of Articular Health, the siesta room, vaccination and blood donation campaigns, healthy menus or medical care offered 24 hours a day, 365 days a year.
To do this, it has two modern clinics and a complete team, equipped with two doctors, six nurses, three auxiliaries and a clinical psychologist, all in staff.